So… After using the new editor for several months, my opinions have changed a bit. While I still stand by this post & it’s frustrations, there will be a new one coming soon that highlights some of my new favorite parts of the Gutenberg editor.

Yesterday, WordPres 5.0 “Bebo” was released. With it came a brand-new content editor called Gutenberg that completely changes how you edit posts and pages in WordPress. Now, this isn’t a surprise – Gutenberg has been in development for years. Before it was merged into core, it was a plugin you could install to beta test. And, for the entirety of its existence, it’s been a point of contention and debate in the WordPress community.

What’s the sitch on Gutenberg?

To be honest, I didn’t much into the discourse surrounding the 5.0 release and Gutenberg. It was at times very volatile, and I just don’t have the capacity to deal with drama most days.

Even Gutenberg’s release was a bit of a sticking point. Mostly because 1) a lot of people didn’t think it was ready, and 2) the date kept jumping around. November 19th. Then the 27th. Then the 27th came and went and all of a sudden it was being released on December 6th, a day before WordCamp US. They only gave us 2 days’ notice.

It’s made a lot of people grumpy. It made me a little grumpy.

Personally, I don’t think it was ready to be released. The rush to get Gutenberg out the door seemed self-serving for Automattic, the company behind WordPress. I feel like was rushed to get it out the door before WordCamp so that something new and shiny could be discussed. It really doesn’t feel like a lot of thought was given to the people who make their living developing for the platform. Not that they have to care about what the developers think/want/need – it’s an open source project but they’re ultimately a company and if developers are unhappy, well they can go elsewhere. But WordPress wouldn’t have grown the way it has without the community of users and developers that rally around it. We aren’t owed anything, but ignoring the community’s valid concerns and not communicating important dates isn’t a great look.

Aside from the release date drama, it’s kind of buggy. At the moment, there are over 100 acknowledged issues with Gutenberg that have been pushed back to updates and follow-up releases. I myself experienced some weird bugs when working on a site that was beta testing it. A bunch of ACF data ended up missing and I had a tab hold my browser hostage, which was less than fun. (I had to force quit Chrome to get it to relinquish my tab.)

There’s a lot of potential incompatibility for popular plugins with WordPress 5.0. ACF, FacetWP, and popular page builders all run the risk of not working with Gutenberg. Compatibility and stability are such a concern that I’ve actually told my managed clients that I won’t be updating them to 5.0 until after the New Year, when I have the time to test the update for each unique site build and make sure that nothing breaks.

Then there’s the issue of Accessibility.

Gutenberg’s accessibility is questionable. It’s questionable because nobody has done a proper deep-dive into it. WP Campus is independently raising money to conduct an accessibility audit because Automattic refused to do so until after it was released. They even included a note in the official release encouraging “users of assistive technology” to install the Classic Editor plugin because it’s possible they wouldn’t be able to use Gutenberg properly. For a lot of people, they probably could care less, but accessibility is important. And by not properly auditing for accessibility, it seems as though users with disabilities aren’t important to WordPress, which is also not a good look.

All that being said, I’m not anti-Gutenberg. Not really.

The only website I updated to 5.0 yesterday was my personal blog – https://kyrieto.com. It’s a simple website, no bells and whistles, running a modified version of my Delight Genesis Theme. The update went through without a hitch and nothing seems to be broken. To properly give 5.0 a spin, I wrote an entire new post in the Gutenberg editor. It (almost) looks like any other blog post. I did find the writing experience a little… frustrating at times. I struggled with images, mostly – aligning them left/right and getting text to wrap was more frustrating than it needed to be. It went something like:

In the Classic Editor, it would have been:

I also had issues with the SVG graphic I use as a signature. When I first put it in, there were no dimensions attached to it, meaning it displayed as 0 x 0px. I had to fiddle with the settings to figure out how to get it to properly display.

I’m someone who likes to sit down and just write. I found the block interface difficult to work with in that aspect, because it required a lot of clicking and moving around with my mouse. And I don’t think the editor shortcuts (like using hashtags to create sub-headings) work, which was a little off-putting to my writing process.

So no, I don’t like the Gutenberg editor. Not really. I think it will take a lot of time for me to get used to it. I’m persnickety.

But I’m cautiously optimistic about it.

Gutenberg could be beneficial to a lot of people and websites.

Gutenberg blocks are extendable – developers can create custom blocks to suit their website, and clients’ needs. Many websites use custom fields or shortcodes to collect data and display it a certain way. The downside to the current method is that it can be hard for an end-user (person putting in the content) to visualize how their page will look using shortcodes and custom fields.

Custom Gutenberg blocks will replace those old methods. Which means that, even with the new editor, WordPress is still as customizable as ever. But, because Gutenberg is highly visual, it will be easier than ever for clients and end-users to know exactly what their page will look like without having to jump back and forth. It will be an easier editing process for a lot of WordPress users, especially those who aren’t highly technical.

I honestly think it will replace a lot of page builders. After all, page builders grew out of a need to be able to lay out your content without coding. And Gutenberg does a fairly decent job of that. Hell, even this site has a custom ACF page builder that can (and likely will be) ported over to blocks so that I don’t need to rely on meta boxes to lay my page out the way I want it. But by adding a visual element to the default editor, it means fewer plugins running on websites (page builders are bloated), which will mean improvements in speed, security, and usability for a lot of websites.

I think anything that can make the web faster, more secure, and easier to use is a win in my book. And I know that the development team behind WordPress has worked their tail off to create something big. I am really hopeful that it turns out to be a success.

So, my final thoughts?

I’m a little grumpy about the whole Gutenberg situation. I definitely think it could have been handled better. I’m not a fan. But I think it’s a tremendous step forward for WordPress, and for the sake of everyone – my job, the jobs of thousands of other developers, and the WordPress-using community – I really hope that it turns out well. Because if it succeeds, it opens the door to a whole world of possibilities and innovation. Which is always a good thing.

This site uses Akismet to reduce spam. Learn how your comment data is processed. 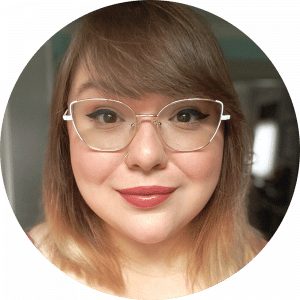 I’m a freelance web developer from Central Maine. I help my clients cultivate growth in their business by getting the most out of their websites.